As Cook County’s Big Property Tax Hike Is Felt, Kensington May Be Able To Help 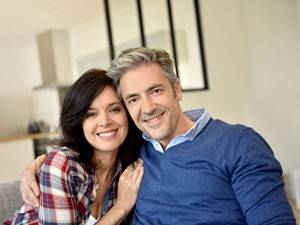 On average, Chicago homeowners will have to pay 12.8% more in property taxes than they did at this time last year based on the new tax rates, which includes both the value of your home and the land it’s on.

Who Will Feel It the Most?

As the Chicago Tribune reported on the day of the announcement, this means that the owner of a single-family home in Chicago with an average sales price of $225,000 can expect a tax bill of $3,633—an increase of more than $400. Of course, the many Chicagoans who own more expensive homes will be hit with correspondingly higher total increases. What’s more: homeowners in certain neighborhoods, such as the Gold Coast and the South Loop, are facing massive hikes because the Cook County Assessor’s office boosted property tax assessments in those communities by more than 50% in some cases. Other neighborhoods seeing assessments rise much higher than the overall 9.3% citywide increase over the last three years include Lincoln Park, Lakeview and Hyde Park.

Less Pain, But Still Feeling It

In contrast, homeowners in the far northwest and southwest areas of the Cook County suburbs are expected to see proportionately smaller increases in their property tax bills: 1.7% and 2.1%, respectively. But that doesn’t mean they will be happy, as they will still face higher effective tax rates than their counterparts nearby whose properties are outside of Cook County.

In Chicago, the huge hike reflects the $363 million property tax increase championed by Mayor Rahm Emanuel and enacted by the Chicago City Council last year. The lion’s share of that increase—$318 million—is earmarked for police and firefighter pension funds, while $45 million will go to the Chicago Public Schools for construction projects. And, as we know, additional increases are likely to be approved by the City Council in the coming years as they try to balance the City budget.

How You Can Fight These Increases?

Your Cook County property tax bill is expected to arrive in your mailbox by the end of June and be due by August 1. Even if you don’t have all of the money to pay your bill, don’t consider ignoring it or paying it late. If your installment is even a day late, you will be assessed a 1.5% interest penalty each month until the bill is paid. More problematic, your overdue taxes plus the interest penalty could be sold to an investor through the county treasurer’s annual tax sale.

The only way to fight property tax increases and to ensure that you are not paying any more than your fair share is to appeal them. Our free property tax reduction estimate can identify what we believe you can save based on our proprietary tax algorithm. Working with us only costs you a share of your property tax savings, and only if savings are realized. There are no other fees and you pay nothing up-front. This, combined with our 18 years of experience and over 90% success rate, is why we’ve saved tens of thousands of Cook County homeowners between $750 to $5,000+ per year.