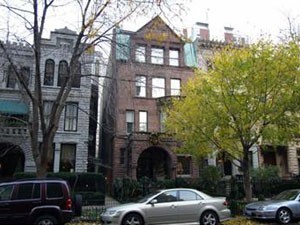 Are you still recovering from receiving the second installment of your Cook County property tax bill? If so, you’re not alone.

Even celebrities and business executives are struggling with their property tax bills, some of which have increased well over 100%.

They may be able to pay, but everyone is feeling the pain. Consider the examples below and remember: the only way to reduce your property taxes is to appeal them.

Dwyane Wade Can’t Sell His Home Because of Property Taxes

According to the Chicago Tribune, NBA star Dwyane Wade can’t sell his 7,847-square-foot former home in South Holland, Illinois, despite a ridiculously low asking price because of the gargantuan property taxes the new owner would have to pay.

Once valued at $1.2 million, the residence is on the market for just $350,000, despite having six bedrooms, seven bathrooms, an outdoor pool and basketball court, and two garages that can house six cars. Though the deal seems like a steal, the property taxes on this home amounted to $58,176 in 2014, which means that the new owner would need to pay approximately $5,000 a month in addition to the mortgage and homeowner’s insurance payments. Wade is currently appealing the residence’s assessed value.

Bad for a Lawyer, But Could’ve Been Worse Due to Appeal

Due to escalating home valuations and rising tax rates in Chicago, the city’s wealthiest homeowners are facing tremendous property tax increases as well. The Chicago Tribune noted that Bruce Gelman, a partner at the Kirkland & Ellis law firm, got hit with Chicago’s biggest residential property tax hike—an increase of $104,909 (164%) to $168,742. The reason for the jump is that the assessed value of Gelman’s 15,000-square-foot Near North Side home climbed from $3.5 million to $9.2 million. But the outcome could have been worse for the attorney, who successfully appealed the home’s initially even higher valuation.

C. Joseph Tyree, a dentist and the executive partner in a private equity firm, saw Chicago’s second highest property tax increase in dollars. On his 12,500-square foot Chicago brownstone in the city’s Gold Coast neighborhood, the tax bill shot up to $147,466 from $65,542 (a 125% increase). And Chicago Bears running back Matt Forte experienced the city’s third-largest tax hike in dollars on his 9,000-square-foot mansion in the River North neighborhood: a climb of $48,408 to $127,269 (a 164% increase).

Chicago’s highest residential tax bill was $261,524—on a 14,298-square-foot stone mansion in Lincoln Park owned by Donald Wilson, the owner of DRW. But the highest tax bill in Cook County was in Winnetka: more than $300,000 on a 14,397-square-foot French manor-style home on Sheridan Road that is owned by Terry A. McKay, co-founder of Capitol Associates Group.

The only way to stave off hefty property tax hikes is to successfully appeal your home’s assessed value. That’s what 18 of Chicago’s 50 aldermen did, including Ald. Patrick O’Connor, the City Council floor leader who was instrumental in passing Chicago’s huge property tax increase last fall, according to an article in the Chicago Sun-Times.

It Pays to Appeal

In Cook County, property owners have just 30 days to appeal an assessment at the assessor’s office once they receive an assessment notice. Different townships mail out these notices on different dates, so it’s too late to appeal your home’s assessed value in Orland Township, for example, but not too late if you own a home in South Chicago.

If you haven’t received your assessment notice yet or you’re still within the 30-day window, you should consider an appeal. It can’t hurt. But don’t file the appeal on your own unless you’re an attorney like Gelman of Kirkland & Ellis.

Instead, seek help from experts at Kensington. During our more than 15 years in business, we’ve saved more than 10,000 clients millions of dollars in property taxes due to inequitable over-assessments. Our success rate is more than 90%. See what we saved these homeowners.

Don’t pay more than your fair share of property taxes and receive less than you could on the future sale of your home.