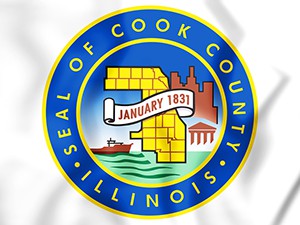 Cook County property owners who have something they’d like to say to, or ask of newly-elected Cook County Assessor Fritz Kaegi will have their chance next month as part of his roll-out of a “listening tour.”

There will be six opportunities in April beginning at 10:30 a.m. Saturday, April 6 in Palatine, according to a schedule released by the assessor’s office.

Additional events scheduled for April include stops in Schaumburg, Wilmette, Schiller Park and Chicago. Each event will run for 90 minutes and will also be attended by a member of the Cook County Board of Commissioners.

Tour to Include Progress of Efforts to Make Assessments Fairer

The tour was organized to fulfill a part of Kaegi’s100-day plan, and as part of his “commitment to transparency in the administration of the office,” according to a news release. Each event will include an opportunity for attendees to ask questions. Kaegi will also be providing a progress report on his “efforts to create more accurate and fair assessments,” the release says.

Those efforts include his support of a bill that would allow the Cook County assessor to require the owners of large commercial and income-producing properties to disclose income and expense information or be subject to a fine. The proposed law exempts commercial properties with a value of less than $400,000 and residential properties with six or fewer units or a market value of less than $1 million. The law would give other Illinois counties the choice of opting in.

Proposal Could Drive Higher Assessments for Some Commercial Properties

The proposal could lead to higher assessments for some commercial properties. Kaegi’s predecessor Joseph Berrios faced criticism over a Crain’s report that showed a huge gap between the market value and the taxable value of some landmark Chicago buildings like the Willis Tower, while investigative journalists revealed a system of residential assessments in which some of the poorest neighborhoods were left paying the highest tax rates.

Kaegi plans to hold a listening event in each of the county’s 17 districts at least once. The conversation will be moderated by community leaders chosen by the district’s representative on the Cook County Commission.

Get a Free Analysis of Your Assessment

If you’re waiting for someone else’s tax bill to go up to make yours go down, you may be underwriting someone else’s savings. In the zero-sum math of property tax assessments, a drop in assessed value that reduces the tax bill for one property has to be made up somewhere else, especially given the ongoing budget pressures. The only way to reduce an assessment that is too high is to file an appeal.

If you think your tax bill is too high, call us for a free, no-obligation review. We will apply a proprietary algorithm to identify the properties that make the strongest case for your reduction and determine the likelihood of a successful appeal. There is no obligation to use our services to help prepare an appeal if you decide to move forward. And if you do use our services, you pay nothing unless you win.

Call us or click on the link below to get started.
GET YOUR FREE ESTIMATE TODAY