Property Taxes Got You Down? Do What the Politicians Do… 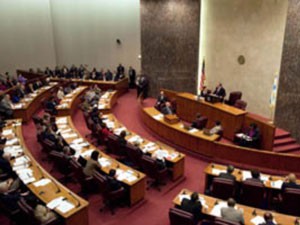 Just in the past year, Rahm Emanuel has increased property taxes by an ulcer-inducing $838 million – and there are still massive budget deficits that need to be plugged sooner than later beyond these increases. What can you do for relief?

Simply put, do what the politicians do: appeal your property taxes. Some may think this is evidence of corruption but it’s not: it’s 100% legal, and it works.

Read on to find out why it’s time to stop paying more than your fair share by taking a page from The Machine’s playbook.

Whether they voted for Emanuel’s massive property tax hikes or not, every alderman has the right to appeal, just like you do. According to a recent article in the Chicago Sun-Times, 18 of Chicago’s 50 aldermen appealed their property taxes in the last year, including Alderman Patrick O’Connor, the City Council floor leader who was instrumental in passing Chicago’s recent, huge property tax increase.

Here’s a listing of which aldermen appealed and how much their property taxes were reduced:

What Are You Waiting For?

It’s worth it to appeal your property taxes if we estimate that your reduction would be significant, which is why we offer a free property tax reduction estimate: if your estimated savings is higher than Patrick O’Connor’s, then we recommend you appeal.