Could Being a “Sanctuary City” Increase Cook County Property Taxes? 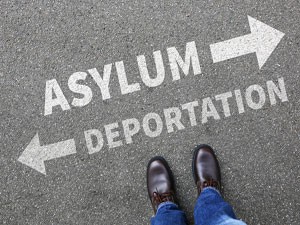 In the US, a sanctuary city, county or state is one that limits cooperation with federal immigration officials regarding undocumented immigrants to help them avoid deportation.

This has recently drawn the ire of the Trump Administration, who has passed an executive order to withdraw federal funding for sanctuary cities.

This could amount to $27 billion of federal funding withdrawn from 106 sanctuary cities, according to a recent Forbes article.

What Does This Mean for Chicago?

Chicago and Cook County are both sanctuaries and could stand to lose up to $5.3 billion, which equates to $1,942 per person or $7,768 per family of four. Somewhere between $78 million and $1.7 billion (the latter being over 10% of Chicago’s budget) could be at risk in 2017 according to DNAinfo. Chicago receives the second most federal funding of any city behind only Washington, DC.

Chicago Mayor Rahm Emanuel and Cook County President Toni Preckwinkle not only are standing firm in their defiance, but are also asking a federal court to halt Trump’s executive order, together with a coalition of 34 other sanctuary cities and counties.

How to Make up the Shortfall?

Considering how deep Chicago already is in the red, some fear that property taxes could be increased further than the recent $838 million in property tax hikes – and $250 million of these hikes have yet to show up on your property tax bill (they will on your second 2017 installment).

The Only Way to Ensure You Are Taxed Fairly

Appealing your property taxes is the only way to ensure that your home is being assessed fairly and not being over-taxed. Consider it a “check-and-balance” that the Cook County Assessor actually encourages.

Making sure your assessment is fair at all times is especially important in this current climate of state and local budget challenges, especially with the potential loss of federal funds due to the sanctuary city status of Chicago and Cook County.