A Taxing Year for Chicago Homeowners 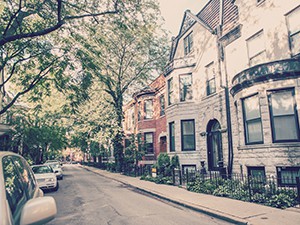 Chicago residents won’t see the 2020 property tax hikes some had feared under a city budget that holds property tax increases to $18 million for public libraries, but it is little relief for a city still absorbing multiyear increases imposed to cover unfunded pension obligations– and the sting of this year’s reassessments, which hit some North Side and Central neighborhoods hard.

Pension pressures still loom large over the city of Chicago, which faces a pension burden “the largest of any U.S. city,” according to The Wall Street Journal.

Meanwhile, the five-year contract that resolved the recent teachers’ strike will carry a price tag estimated at $1.5 billion.

An analysis by the Illinois Policy Institute says the new contract would add $80 to the average property tax bill in Chicago, although Mayor Lori Lightfoot says the agreement was reached with the intention that it would not be financed with property taxes.

“My hope is that we’re going to pay for this with existing resources that are coming in,” Lightfoot said.

Chicago homeowners share the same hope, as a recent study by the Civic Federation shows that the rate of increase for the city’s effective tax rate outpaced all but two Cook County suburbs between 2008 and 2017.

Effective tax rates convert property tax bills into a percentage of the full market value that was owed in property taxes for a specific year. The study did not incorporate homestead exemptions into the tax bills used for its analysis.

The study shows that effective tax rates for residential properties in the city rose 32.5% over the 10-year period, a greater increase than in all but two of the suburbs. Chicago commercial property effective rates rose even more, with a 69.3% increase over the decade, more than any of the surrounding suburbs.

Making Sure Your Property is Assessed Fairly and Accurately

Keeping up with the twists and turns of government budget calculations is one way to keep an eye on your tax bill, but the best way to ensure that you are not paying more than your fair share is to take advantage of the opportunity to appeal your property tax assessment twice each year.

Appealing your assessment can reduce your tax bill by hundreds or thousands of dollars each year – money that you can put back into your home, protecting the value of what is likely the most important investment you will ever make.

At Kensington, we are taxpayer consultants with deep expertise into the process by which your property is assessed. We use a proprietary algorithm and the most up-to-date property data to identify the comparable properties that make the strongest argument for reducing your assessment.  An inflated assessment multiplies your tax burden year after year.

To find out what we can do to help cut your tax bill down to size, call us or click on the link below for a free, no obligation analysis of your bill. Our clients pay nothing unless they win.

GET YOUR FREE ESTIMATE TODAY