Reducing the Impact of the Chicago Property Tax Death Spiral 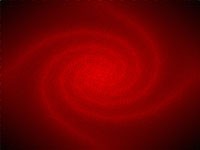 You’ve probably seen the legion of articles on how the population is declining in Chicago, Cook County, the entire Chicagoland area, and the entire state of Illinois. One of the top reasons given for the mass exodus: increasing property taxes.

While a decreasing population means that every remaining homeowner’s property tax burden is likely to increase further, there is a way to mitigate this risk without having to move.

The US Census Bureau has reported the following:

Further tax increases will likely be needed to address the shortfalls in the municipal employees and laborers pensions which were to be addressed by pension reform legislation but that legislation was struck down by the Illinois Supreme Court.

Since property taxes have been one of the leading reasons people have left in the first place, it’s probably safe to assume that further property tax increases will further increase the exodus.

Since government spending isn’t declining, this almost guarantees further property tax increases as fewer homeowners will have to share the increasing burden. Some fear that this could lead to Chicago becoming the next Detroit.

The Kicker: many of these pensions are paid to those now living in Florida and Arizona, which hurts our local businesses, reduces sales tax revenues and puts even more pressure on the government to raise property taxes.

Unless you want to give up and move like so many before, the only other way to counteract the impact of increasing property taxes is to appeal them – twice per year, every year at the Cook County Assessor and at the Board of Review. Using an experienced, third-party service like Kensington Research is the best way to get a maximum reduction and not leave any money on the table.